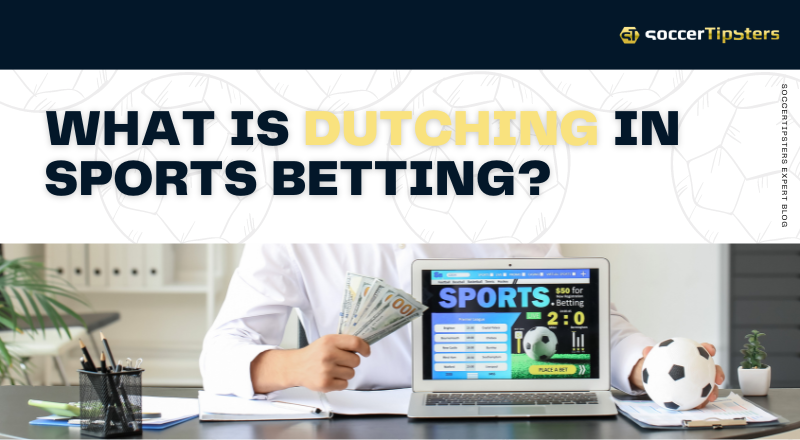 Dutching is the process of making a wager on more than one event in a betting outcome. In football, dutching could involve backing two out of three potential effects with the help of specific stakes and betting markets. Most football games can end in three outcomes (a win, a loss, or a draw). However, punters have access to wagers on 2 (win or loss) or 3 (win, loss, or draw) outcomes in most football games. Dutching enables a punter to back multiple outcomes such as a draw and a loss on team A. If either of those events come to pass, a punter can expect a payout, and only if team B loses does the punter lose the wager. Potentially, a punter is backing 2 out of 3 bets and has a higher probability of winning the chance. At the same time, since a punter backs multiple outcomes, the payout on winning is reduced. Hence, a punter is likelier to win a smaller amount by ducting when making football wagers.

Punters can adopt a dutching betting strategy when making football wagers, betting on league finishes, horse races, and other events with multiple outcomes.

The key features of dutching in soccer and football betting include splitting each stake equally or proportionally, a higher probability of winning at least one wager, and an overall lower profit versus allocating the entire stake to a single bet.

Each stake a punter places is usually equally split between the different outcomes the punter intends to back. For example, a $10 wager backing Chelsea to win or draw against West Brom will be divided into a $5 bet on Chelsea to win and a $5 chance on Chelsea and West Brom to draw. Based on the odds of the event, a punter can expect a payout for backing the right outcome. Alternatively, punters could split the wager based on the probability of the event occurring. For example, if Chelsea has a higher chance of winning the game than ending in a draw, a punter can place $7 on a Chelsea win and a $3 wager on a tie.

Since a punter backs more than one outcome, a punter’s total potential winnings are also reduced to the stake placed, the odds on the wager, and the probability of winning the bet. However, if a punter backs an outcome with a lower likelihood of occurring, and that event occurs, a punter can expect a higher payout on such a wager. A punter’s total winnings will count on the bet’s stake that the punter won and will not rely on the stake of the chance lost.

A punter is likelier to win a wager than supporting only a single output by backing multiple outcomes. They reduced the risk level by backing 2 out of 3 results in most football wagers using a dutching betting strategy. Consider a bet on the home team to win or draw a game in the Premier League. The home team wins more than 30% of the time, while draws play out approximately 25% of the time, giving punters an edge when backing two outcomes in the Premier League. However, different teams across different leagues vary in terms of performance.

What Is Early Cashout In Sports Betting?»