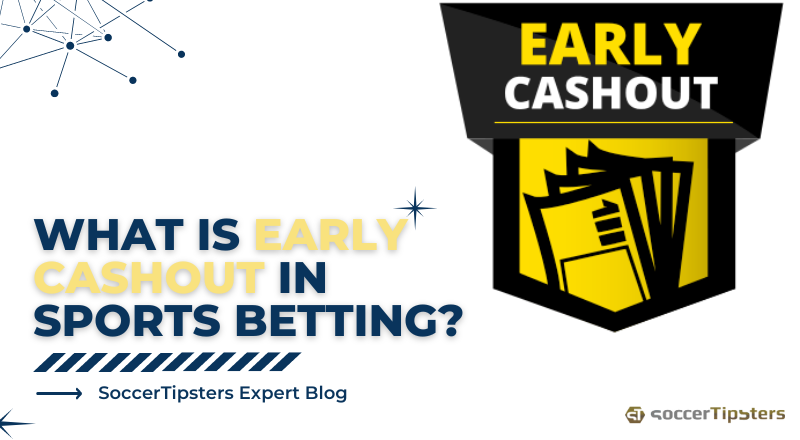 What Is Early Cashout In Sports Betting?

Early cashout is a punter’s ability to withdraw their winnings prematurely or before completing a wager. A premature or early cashout allows a punter to close a position before the end of the event.

Why Should a Punter Use Early Cashout?

A punter may have several reasons to choose an early cashout from a wager. For one, a punter can cash out before the end of a bet as a form of risk management because the events of a game could change at any minute. Alternatively, events in other wagers could also result in a punter choosing an early cashout. In some cases, new information such as substitutions, injuries, or red cards can drastically impact a game after the start. A punter can utilize the latest news on a wager before choosing the most profitable moment for an early cashout on a bet.

What Happens After An Early Cashout?

Depending on the bookies, a punter can refund their stake, a portion of their stake lost, or the entire amount due at the time of cashout. For example, if a punter is winning a wager on team A after 80 minutes of play. However, the last 10 minutes seem dicey, and a punter may want to cash out now rather than wait for the game to play out, which could see team A’s single-goal margin wiped out. Early cash-out allows a punter to win the wager, although at slightly reduced odds. However, some online betting providers don’t permit early cashouts. Punters should check the rules and regulations and terms and conditions of each betting provider before using a service.

Close a Wager Before The End Of a Game

A punter can choose to close a wager before the end of a game or before 90 minutes in professional football and 120 minutes in knockout tournaments. A punter doesn’t need to wait for the game to end to make a profit on a particular bet.

Close Of a Wager Before The End Of a Season

A punter can choose an early cashout on a season prediction wager before the end of the season. The payout’s basis will be on the current standings of the teams at that point in the season.

The probability of winning a long accumulator or acca wager is very low as it becomes harder to predict multiple outcomes accurately. However, punters can choose an early cashout on a series of long accumulator wagers currently in a winning position. An early cashout allows a punter to win a bet and secure a portion of their winnings rather than risk losing the entire pot. For example, a punter places an accumulator wager across ten games over ten weeks. After six weeks, the punter has accurately predicted the results of 6 games. A punter can choose early cash out of a long accumulator by cutting the accumulator to 6 games. However, a punter’s winnings are limited to the actual predictions.

« What Is Dutching In Sports Betting?