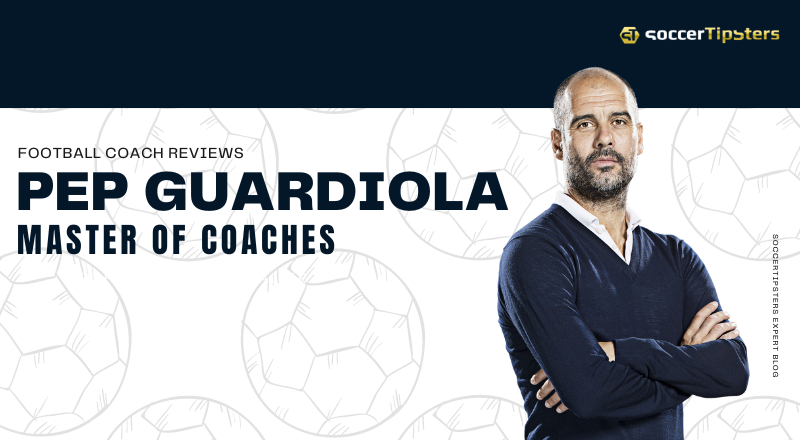 Josep Guardiola (or simply "Pep") was born in Barcelona, Spain, in 1971, and his name is already part of the great book of football history. Many characters in football have left relevant marks or are rewriting the notions of this sport. But, in the case of Pep Guardiola, he is one of the most striking. Indeed, he has all the merits in his career to be unique within the football universe. As a coach, Pep Guardiola has been a true revolutionary– A man focused on changing (for the better) every team he has coached. It is a multidisciplinary task that goes beyond game strategies and has a lot to do with changes in the team's attitude and vision. Certainly, Pep Guardiola is a team creator because when he arrives at a club, he does everything necessary for each player to increase their level. Also, he gets involved in the administrative and organizational improvements of the team. These features have made him one of the best football coaches of the last 20 years.

Pep Guardiola has coached three teams: Barcelona (La Liga), Bayern Munich (Bundesliga), and Manchester City (Premier League) since the 2016-17 season. With each one, he has achieved everything he had set out to do. Pep Guardiola changed traditional football when he arrived at Barcelona, a club he made the best on the planet and with which he began his legacy as a coach. He set aside the ordinary precepts of football strategy, applying dynamism, elegance, and aggressiveness to Barcelona's game. It was a golden age for this club. The game of short passes and absolute ball control improved the idea of "total football" that legendary Johan Cruyff imposed. He generated new schemes, offering participation to almost all the players in the squad. Likewise, he opened the way to the youngsters from the team's quarry. After leaving Barcelona, Pep took on a huge challenge: being in charge of the great German team Bayern Munich. He won the Bundesliga during the three seasons he was there, developing players who later would become world champions.

Since the 2016-17 season, Pep Guardiola has been the coach of Manchester City, winning the Premier League four times. Pep has turned City into a team that knows how to handle the ball. Actually, this team plays football with class. Unlike his previous teams, in which he was never aware of hiring expensive foreign players, with City, he has had a broader vision, signing star players. However, he rotates his line-ups a lot to give opportunities to all the players who are part of the team. Thanks to signing the young striker of Borussia Dortmund, Erling Haaland, Manchester City is seen with the possibility of preserving its status as Premier Champion. The Norwegian is one of the most renowned footballers worldwide. Undoubtedly, he will contribute a large number of goals to the City. Besides, it will be interesting to see how a young talent like Haaland matures and improves under the guidance of a teacher like Pep Guardiola.

Frenkie De Jong: The Crack Of The Netherlands»