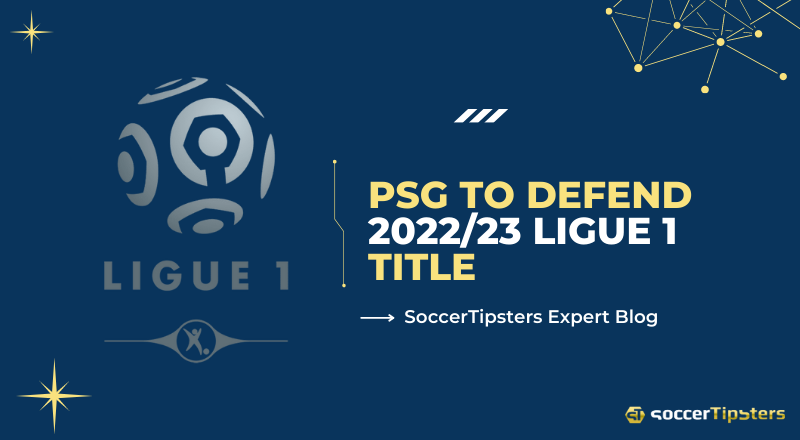 Soccer League Preview / Club Reviews
Ligue 1 2022/23: PSG Will Have To Defend The Title

France's Ligue 1 has a start date: August 6. The next one promises to be one of the most interesting seasons in recent years. We say this for a series of factors that will fill the main French soccer league with emotion. First, the teams face a hard schedule, and it will be quite a challenge for the players. This fact will affect, particularly, those teams that will participate in European tournaments. In addition to all the games within Ligue 1 and the European competitions, many top players will partake in the World Cup in Qatar. It will be a challenge in the middle of the season. Surely, playing many matches for only a few months will affect the players’ performances when they return to Ligue 1. In addition, Ligue 1 will present a novelty. There will be fewer teams taking part in the 2023-24 season of the Ligue 1. Four teams, not three, as usual, have been relegated to the second division. So, this is a key factor that bettors who like to place future wagers must consider. Teams at the bottom of the standings will have to fight stronger than before to stay in the top division.

As far as teams are concerned, all eyes will be on PSG, the current Ligue 1 champions. They fell far short of living up to expectations after signing Lionel Messi. The team that Christophe Galtier coaches will have to show that it is not only great inside France but also abroad. Its great goal will be to win the Champions League. But it is not an easy task, considering the level of teams like Real Madrid (current champion), Manchester City, and Bayern Munich. Once again, the unknown will be Messi, who had an unremarkable season last year. Now, the decisive moment has arrived. Messi will have to show all his potential and greatness to lead a team full of young stars like Kylian Mbappé. The French jewel shone last season, making Messi's presence forgotten.

Another negative factor for PSG is the internal dispute between the players who aspire to be the club's leaders. We refer to Neymar's difficulty in supporting Messi and the rest of the squad. Much has been expected of Neymar, but the Brazilian attacker has not managed to meet expectations. These elements indicate that the situation at PSG is far from being the best. This club will face some challenges, such as:

There is a conflict between its main players.

This situation becomes a big opportunity for the three teams that will try to take the championship from PSG. They are:

But, anticipating what may happen, one thing is certain: PSG will require Messi to show on the field what his hiring cost.