Understand PPG (Points Per Game) To Win In Football Betting 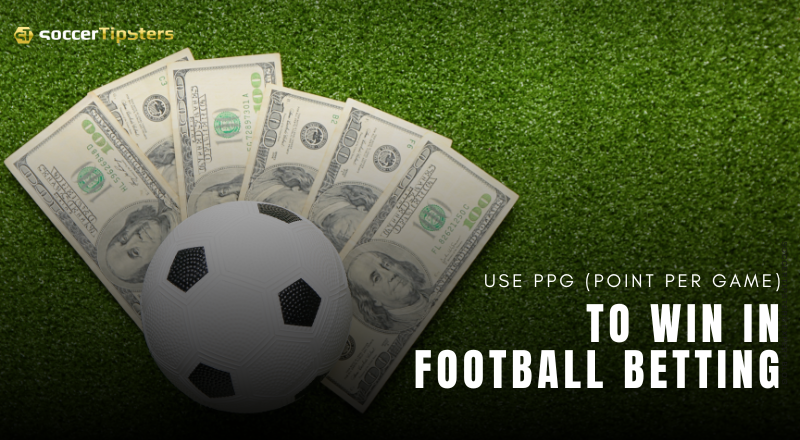 Understand PPG (Points Per Game) To Win In Football Betting

Key metrics and statistics play an important role in sports and football betting. Punters, football pundits, statisticians, coaches, managers, reporters, and talent scouts utilize vital statistics and metrics to make crucial decisions. One of those critical metrics punters pay attention to includes PPG or points per game to get a better meta-view of how teams perform. PPG compares teams' performances and how groups compare versus other teams in the league.

The points a team averages each round across all competitions in a season or a time frame. Points per game are important metrics punters use to estimate a team's form and predict future results based on past statistics. While total points give punters an estimate of how a team performs over a season, PPG also includes recent forms and estimates future developments. Consider Chelsea's PPG of 2.1 in the English Premier League for the current season. It means Chelsea scores 2.1 points on average out of 3 points in each game. However, teams can't score a fraction of the points in the Premier League. Chelsea should score 2.1 points every game, which means the team has a high probability of winning or drawing the game and a lower likelihood of losing the game.

How To calculate PPG?

To calculate PPG, a punter needs to add the total number of points won by a team across several matches. After adding the total points, a punter should divide the fundamental issues of a group by the total number of games played over that period. By dividing total points by real games played, a punter arrives at the average points per game, resulting in fractions. Consider team A scores the following points in the last five games: 3, 1, 3, 0, 3. The team scored a total of 10 points out of a possible 15. To calculate PPG, 10/5 = 2. Hence, team A has a PPG of 2 points per game.

Some of the critical features of PPG include utilizing PPG to predict league winners, determining teams in a relegation position, estimating recent form, and comparing PPG of different Leagues.

Punters use PPG to help predict league winners across different leagues in Spain, England, France, Germany, Italy, China, India, Brazil, Argentina, USA, and other regions. Teams with the best PPGs also have the highest PPG at the end of the season. The team with the highest points wins, making points per game an essential metric in determining the winner of a society or the probability of a team winning a company.

Like how PPG helps determine the best-performing teams in the league, it can also help punters determine the worst-performing groups. The teams with the lowest PPG end up in a relegation position at the end of the season. Punters can estimate which teams from the bottom half of the table could relegate at the season's end. Teams need a PPG of better than 1 to avoid relegation at the end of the season.

Punters can utilize PPG to estimate a team's recent form by looking at the PPG for the last 3, 5, and ten matches. Punters can also record PPG for specific tournaments or leagues while leaving out other games such as friendlies.

All leagues adhere to the same points system in football. Since different teams in different leagues have the same PPG scoring system, it's easy for a punter to compare how various clubs compete. For example, England's team's PPG may range between 1.5 and 1.7, while teams in Spain may range between 1.4 and 1.5. A punter can use this information to select which leagues to place wagers on before choosing to assign units to wager on.