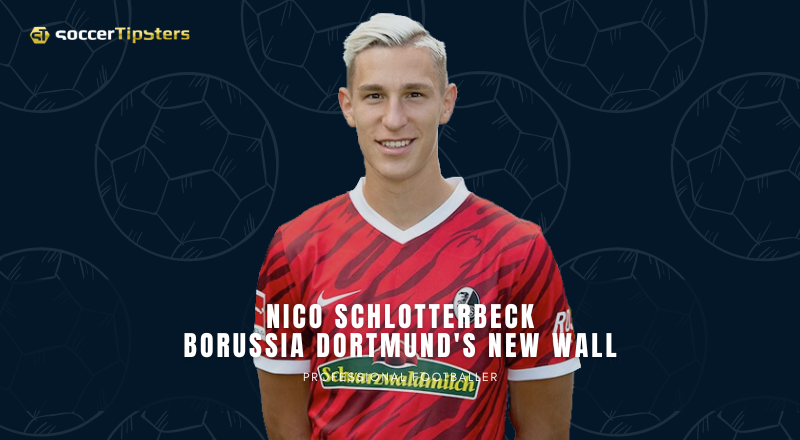 Being considered a good defender in the Bundesliga is quite an honor because it is a very physical and strong league. Here, the attackers are powerful, robust, and complex to control. That is why it is a league in which many goals are scored, and injuries also occur. Thanks to these facts, good defenders are highly sought after by Bundesliga teams. Many big and famous teams in the Bundesliga have excellent defenders. In this sense, last year, the prestigious German magazine Kicker published its list of the best defenders in the league. This post caused surprise and gave instant fame to a young man born in Waiblingen, capital of the District of Rems-Murr. This footballer is Nico Schlotterbeck (22), a young man who plays for a middle-of-the-table team like Freiburg. With this club, he grew up in his youth.

Suddenly, all the eyes of the press and the scouts of the other teams focused on Nico. They wanted to find out why he was considered not only the best central defender but also of the international category. When analyzing what Nico was doing with SC Freiburg, many were surprised to see the level of coaching and leadership he brought to the team. Besides, they were already beginning to imagine what he could achieve if he were to play in a bigger team. Well, the opportunity to grow and exploit his full potential has arrived because Nico will play this season with Borussia Dortmund. In this club, great and legendary defenders like Matthias Sammer have played. And Nico has exceeded all expectations as a defensive player because of his many attributes.

The physique of this player is impressive. His height is 1.90 meters, but despite this, he is not thin but has gained muscle mass until he is corpulent. This makes it a wall. He is not very fast. Indeed, he lacks a lot of sprint speed. But, this is not a problem since his long strides are equivalent to the movements of the fastest attackers. Within the technical virtues of Schlotterbeck is his broad vision of the game. That will surely be one of the weapons he will apply with Borussia. Besides, three things have characterized him in the Bundesliga:

However, his great ability to assemble counterattacks and start offensive plays from the last line will make him vital for Dortmund. Nico Schlotterbeck is a player who has made it to one ideal team to grow; Borussia Dortmund. This team urgently needed a good leader in defense, and now, they have Nico and can put up a great fight against Bayern Munich in the 2022/23 Bundesliga season.