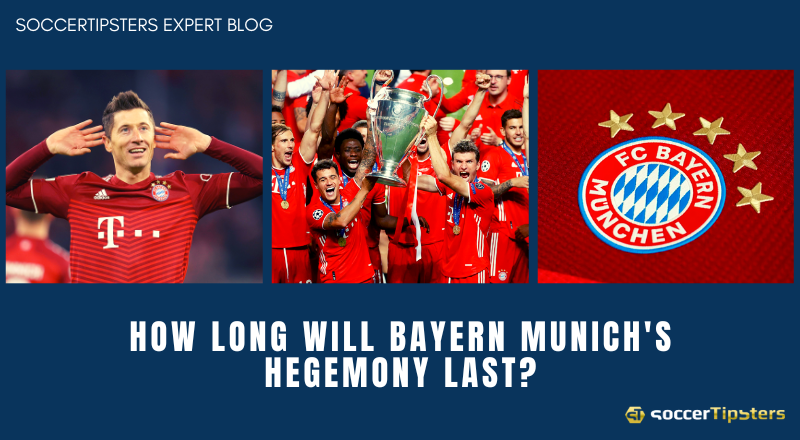 The 2021-22 Bundesliga season was characterized by not presenting major surprises. It was an irregular season, in which what everyone expected happened: Bayern Munich won its tenth consecutive championship. This sounds impressive. For a decade, Bayern Munich has been the colossus of Germany (at least in the Bundesliga), with no rival able to take the title from them. What a great achievement! But, beyond this tenth consecutive championship, there is a disagreement among the fans and managers of the great German team. After all, the Bundesliga shouldn't be the only goal for a club like Bayern. That's the only thing they got this season. But, this season's team's expectations were enormous. They not only wanted to win the Bundesliga but also the Champions League and the German Cup. However, they failed almost catastrophically in these last two objectives.

Julian Nagelsmann's team was eliminated in the quarterfinals of the Champions League. Much worse, they could not advance from the second round of the German Cup! The club was out of the run for the title in only its second match. Thus, these results disrupted Bayern Munich's great dreams of returning to the path of international glory this season. Yet, despite winning the Bundesliga championship the easy way, Bayern's performance was far from the best expected. Indeed, it was not an excellent year for Bayern but a bad one for the league's rest of the teams. The team had losing streaks against teams considered inferior and conceded 37 goals, the worst since the 2014-15 season.

We can only mention one positive aspect of the team: Robert Lewandowski being the best scorer in the Bundesliga for the fifth consecutive year. But, to the great concern of those related to Bayern, the club will surely not have its top star for next season. Despite having a current contract, Lewandowski does not want to continue at Bayern. So, negotiations with teams like Barcelona are ongoing, although Bayern's reluctance to let him go.

This situation brings us some questions. How much longer can Bayern's hegemony in the Bundesliga last? And, what can happen with the team shortly? The favorable news for Munich fans is the signing of Manuel Neuer (team captain since 2017) until the 2024 season. Still, this news does not guarantee a better future for Bayern, considering that Neuer is a player in the last years of his career.

But the surprise was given by another former legend of the team: Lothar Matthäus. He has been forceful in expressing flaws that could soon harm the club's performance. For Lothar Matthäus, it is inconceivable that the team could let go of such an important player as Lewandowski. He believes that this shows the management's mistakes during the last years. They have failed to recruit players, leaving players aside in the Bayern youth academy and settling for the players the team has had for too long.

Matthäus believes that Bayern's era as an unbeatable team is coming to an end. Moreover, we have not mentioned the team's few competitive chances at the international level. The near future will tell us what will happen to Bayern Munich. But, one thing is certain: the team needs a renewal, which at the moment seems not to happen.

Never Mess With The Torcida Split»