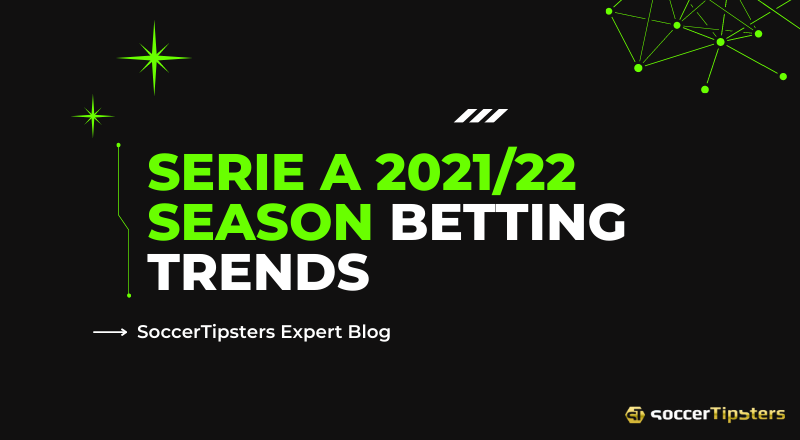 The 2021-22 season of the Italian Serie A that began on August 22, 2021, and will end on May 22, 2022, is one of the most exciting in recent years. The fight for the championship has been close from the beginning and it is very difficult to predict a possible champion. But, so far 45% of the regular season has been played, a total of 170 out of 380 matches. All wagers must take into account that the season is approaching its second half. Thus, the results will be more decisive, which means that the intention of the teams increases. It is very interesting to note that the three teams that occupied the championship, runner-up, and third place last season, until this moment of the season remain in the same positions: Inter Milan, AC Milan, and Atalanta, with Napoli occupying fourth place. Indeed, the difference between first and fourth place is just 4 points.

Be aware of Atalanta's hot streak of six consecutive matches. This team is in an excellent moment. So, it would not be a surprise that in a short time it even displaces Inter. Also, Fiorentina is having a good streak with 3 consecutive wins. As for the most important statistics that a good bet should take into account, this season the teams that play local have won 43% of the matches. This figure is much higher than the victories of the visitors (35%) and the draws ( 22%). So, betting trends on draws is highly risky and we recommend analyzing the teams that play at home against minor rivals. In these matches, there is a good opportunity for profit.

Moreover, 523 goals have been scored, for an average of 3.08 goals per match. This figure is good and reveals that the percentage of matches with Over 1.5 goals is 82%. This tip is excellent, while 43% of the goals have been scored in the first half and 57% in the second half. Likewise, most of the goals (17%) have been scored between minutes 81-90. This fact indicates that many games have changed the score in the last 10 minutes. If you are interested in clean sheets, there is a good chance, since 44% of the games have had clean sheets (75 in 100 matches)

A good option is the Both teams to scored (BTTS) market. This option presents 59% of the time and is a percentage outside the risk area for bettors. One team that is not going through its best moment is Napoli, who can see their fourth-place besieged by Fiorentina. Napoli has not been able to win in the last three matches. Besides, 11 of their 21 remaining games will be as visitors. So, consider that they showcase a lower percentage of wins on the road than their rivals playing at home. But, when it comes to betting trends on the best team in the Serie A, Inter has an impressive record and has barely lost a match. They are undefeated in the last 9 games, with 5 consecutive victories.

Inter has shown an impeccable balance. Also, an interesting tip for bettors is that in the last 8 matches, Inter has allowed 56.8% fewer goals than in the rest of the season.