What Happened To Sheffield United? 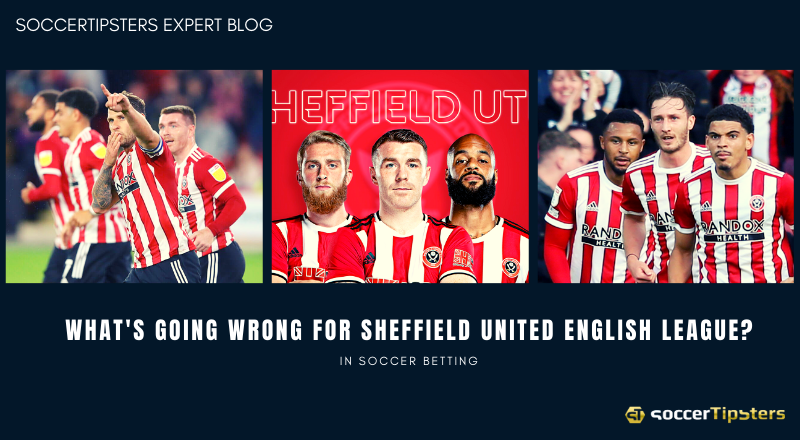 What Happened To Sheffield United?

Sheffield United had one of the most amazing seasons in Premier League history last year. However, after being one of the best newcomers ever, his big moment seems to be over. The Chris Wilder team managed to realize a sensational trend almost without equal. Two promotions in three years and a subsequent 9th place in the Premier League is something that not just anyone can achieve. The newly promoted showcased a game never before seen in the Premier League, with a 3-5-2 scheme that Chris Wilder implemented. The team was very close to the European positions and even dreamed of reaching the Champions League qualification.

The Blades' fundamental pillar was a solid defense. They allowed only 39 points. So, this number made them the fourth-best in this statistic. As for goals, they scored 39 times, for a ratio of one goal scored per each one they received. The total balance was 54 points, something unthinkable at the season's start when the main objective was salvation. However, they left the relegation zone 20 points behind. Even they were ahead of teams like Arsenal or Wolves most of the time. This was the reason for that great campaign. This team showed that the best teams defending in the Championship could stay on their return to the Premier League.

However, this season the data shows that he had already suffered 82.0% of the goals they conceded in the previous season when we reached half of the season. Therefore, they may reach 64 goals against at the season ends, which would send any team to relegation. The team continues using the 3-5-2 scheme. But, the Premier League teams have learned to stop their playing style and take advantage of their defensive weaknesses. Likewise, an essential piece in the promotion and maintenance in the first division left the club. Goalkeeper Dean Henderson left for the team that owned him, Manchester United, so they signed Aaron Ramsdale from Bournemouth.

As for the rest, the losses of central Jack O'Connell and midfielder John Fleck are noted. The former could only play in two games this season, as a serious injury left him out for the rest of the season. On the other hand, Fleck has played three times, while in 2019, he did so in 30, with 5 goals. Also, one of their bets in the transfer market to increase his artillery, Rhian Brewster, has played little. Their offensive and defensive problems weigh down. They scored only ten goals in 19 match days. On the contrary, they got only one clean sheet in 21 matches played in all competitions!

Sheffield United has lived a penance since the Premier League start. No club had started adding 2 points and 17 games without winning in the history of the tournament. A disastrous start to a campaign that Chris Wilder's team was waiting for, after being one of the revelations of the last Premier. But, the work is far from over. This decisive moment is where we can see how they can respond to pressure. The team's mental robustness will be tested as to its quality and tactical capabilities. Sheffield United has impressed in unexpected ways so far. Now, they have the current against and high demand over them. So, the question is, will they tip the balance in their favor and save themselves from relegation?

« Betting Strategy In Leagues With The Most Goals