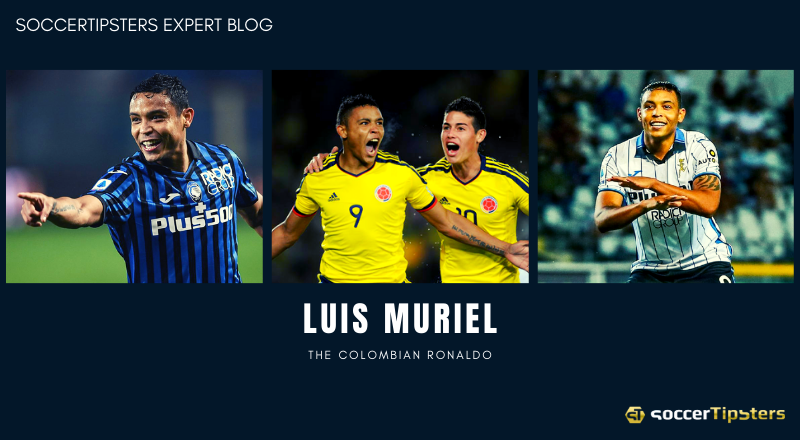 Luis Muriel, the Colombian striker for Atalanta, is generating a great sensation in the Italian Serie A for his scoring production. Luis Muriel, born in Santo Tomás, near Barranquilla, Colombia, will turn 30 on April 16. This scorer began his professional career at Deportivo Cali. He also played for the Udinese, Granada, Lecce, and Sampdoria teams. In addition, he has been part of the national team of his country.

The Sensational News Of Luis Muriel

This season, the "coffee grower" striker is the "La Dea" top scorer, in Serie A, with eleven goals and two assists. The most impressive thing is that Luis Muriel has achieved these figures by participating in only 34 minutes per game! Indeed, the scorer accumulates 545 minutes of action in 16 Italian league matches since he has a substitute player role. On the international stage, the player records two goals in the UEFA Champions League. One of them gave the classification to the round of sixteen to the Bergamo team. In that instance, he will face Real Madrid in February and March of this year.

Luis Muriel is living a dreaming moment under Coach Gian Piero Gasperini's orders. Besides, in Atalanta, he has the company of his compatriots Duván Zapata and Johan Mojica. There he has reached a consistently high level of performance, establishing himself as one of the best forwards in Italy. Recently, the Colombian chained six games scoring; this constitutes one sample more of his irrepressible rhythm. In the current season, the forward from Santo Tomás accumulated eleven in the first nineteen games. In the past campaign, he scored 18 goals, including a record eleven goals off the bench.

Luis Muriel's Projection As A Player

Thanks to his contribution, his team has managed to place themselves in the fight to the next UEFA Champions League's qualifying places. His sporting form allows him to dream big, both individually and collectively, with the appointment with Real Madrid next February. His performance has earned him the poster of the best substitute in Europe. In this sense, despite not having the continuity of other players, his numbers are much better. Little by little, DT Gasperini has given him confidence, although he alternates it with Zapata regularly. Gasperini prefers to take advantage of how explosive the Colombian is in shorter periods.

Luis Muriel scores a goal every 49 minutes. That's right; the Colombian has a higher scoring frequency than Messi and Cristiano Ronaldo. This extraordinary figure puts him above world football referents. Muriel's value in the transfer market grew due to his performance and prominence with the 'Nerazzurri.' According to the specialized portal Transfermarkt, Muriel's price rose to 22 million Euros, the highest in his career. He is among the most valuable players of the Bergamo club and the Colombian national team. Also, he is on the list of the most expensive center forwards in the world.

At 29, Luis Muriel has reached full maturity and is one of the great leaders of Atalanta's team. This team seeks to qualify again to the Champions League, trusting in the talent of Luis Muriel.