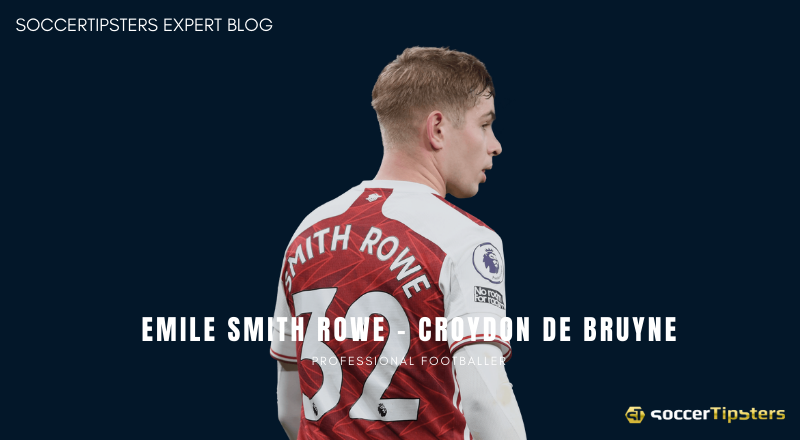 Emile Smith Rowe is one of the excellent appearances of the Premier League of the last time. The midfielder has been a real solution for Mikel Arteta, and he is having an excellent season with the Gunners. Smith Rowe triumphed in the lower echelons of the London club, standing out for his leadership on the pitch. He started playing soccer with the Arsenal youth team in 2010 at age 10. He made his first appearance with the U23 team in 2016-17, at age 16. Then, he signed his first professional contract with this club in 2017. On September 20, 2018, he debuted with the Arsenal first team in a Europa League match. At the end of January of the following year, his club loaned him to RB Leipzig until the end of the 2018-19 season, where he played very little.

In January 2020, he joined Huddersfield Town, also on loan until the end of the 2019-20 season. He was one of those cases where the players left the team on loan several times. However, the young Londoner knew how to take advantage of those experiences to show what he was capable of when returning to Arsenal.

For several seasons, Arsenal had shown a rather uneven performance. Even last season, he was in danger of relegation. Indeed, the Gunners failed to qualify for any European competition in the 2020/21 season. Despite the team's low-key performance, Smith Rowe played in 37 games out of all the club's competitions, scoring 7 goals and providing 7 assists. His performance convinced Arteta's North London coaching staff, and they kept Smith Rowe at the club. On December 26, 2020, Arteta entrusted him with the 10th spot, replacing Willian, on Boxing Day against Chelsea. That day, he helped inspire a 3-1 home win to end the club's losing streak. At that time, the Gunners were only four points from the relegation zone. But, since then, they haven't looked back, and Smith Rowe has helped his team make it into the top four.

After saving more or less last season from Arsenal alongside Bukayo Saka, the youngster received a contract extension and the number 10 jersey. This season, the team has shown a much better level and a more dynamic and offensive game. One of the keys to this change is Smith Rowe's performance. This young Londoner is a special player, a different one. He is one of those footballers with a great vision of the game and the patience and technique necessary to create great plays. This is a feature that very few players have. Additionally, he has good technique and can dribble an opponent without difficulty.

In the first part of the 2021/22 campaign, Smith Rowe confirms his talent. He has directly participated in 10 goals (8 touchdowns and 2 assists) in 18 EPL games. Likewise, he became the new offensive reference of the club, surpassing so far in goals none other than Pierre-Emerick Aubameyang. This performance led him to be named Footballer of the Year 2021 by Arsenal fans. Finally, Arsenal hopes that Emile Smith Rowe will bring much more satisfaction to the fans through goals and victories. This young man is called to show that he can be part of the history of such an important team within England.

Betting On Overwatch: One Of The Hottest eSports Game»