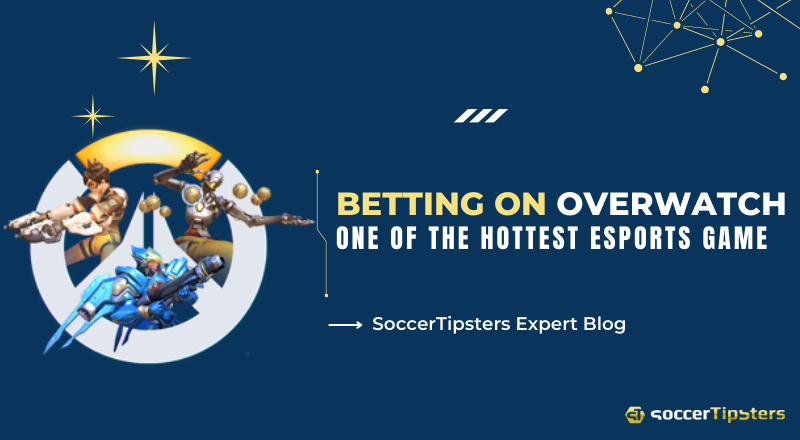 Betting Guide / eSports
Betting On Overwatch: One Of The Hottest eSports Game

Esports is an innovative form of sports betting. Day by day, better said: the number of bettors who want to participate in eSports and take advantage of their raise is hour by hour. Many bettors take their time evaluating eSports and learning all the details about specific games. They look to develop the skills and ability to place bets safely. However, eSports have the characteristics of handling a wide range of bets with frequent high odds; unless you bet on your very favorite teams. But, even in these cases, nothing is certain in eSports, and everything can change in the course of a tournament.

Overwatch - The eSport You Want To Bet On

Different eSports are the fundamental axis of betting. One of these has a recent existence since it was released in 2016, but it has had a huge impact. We are talking about Overwatch, an FPS (First Person Shooter) game created by the Blizzard Entertainment company. Its effect within the eSports industry has been significant, winning the award for best game of the year the same year of its launching. It has already been said that Overwatch is one of the most exciting eSports that exist in the world. Hence, millions of players who are active users of it are amazing.

In many ways, Overwatch bears certain similarities to games like League of Legends, in terms of a map style, but not in its format. So, it is very easy to get familiar with the story, characters, missions, and structure. Knowing all these elements, the markets available, and identifying value bets will be easier to win when betting on this eSport. In this game, teams of 6 people compete. Each player selects his hero, who has unique characteristics. Likewise, the objective is to invade the rival's territory, and there are three game modes: Damage, Support, and Tank. You can make a variety of bets for each of these modalities. You can find from the winner of a tournament, handicap bets, to the winner of a map. Besides, a series of markets arise as each competition unfolds.

Nowadays, the number of bettors placing Overwatch as their favorite eSport is impressive, which can be seen in the great tournaments of this eSport, the most important being The Overwatch World Cup (OWWC). Teams from different countries participated in this competition, although mainly teams from South Korea and the United States dominated it. The format of this tournament varies each year, and thus, it presents new challenges to the participating teams every time. Additionally, you must research the best teams for this eSport.

Lunatic-Hai, from South Korea, is the most famous and successful Overwatch team in the world. Bettors tend to follow in the footsteps of each of its members. Likewise, each player has particular notions and skills, just as with the Overwatch characters. When you bet on Overwatch, you will understand why there is such a fascination with this eSport. The chances of making a profit are many. So, we recommend you find out about Overwatch and dare to bet on everyone's favorite eSport.

Blackjack Insurance Bets: How Do They work?»