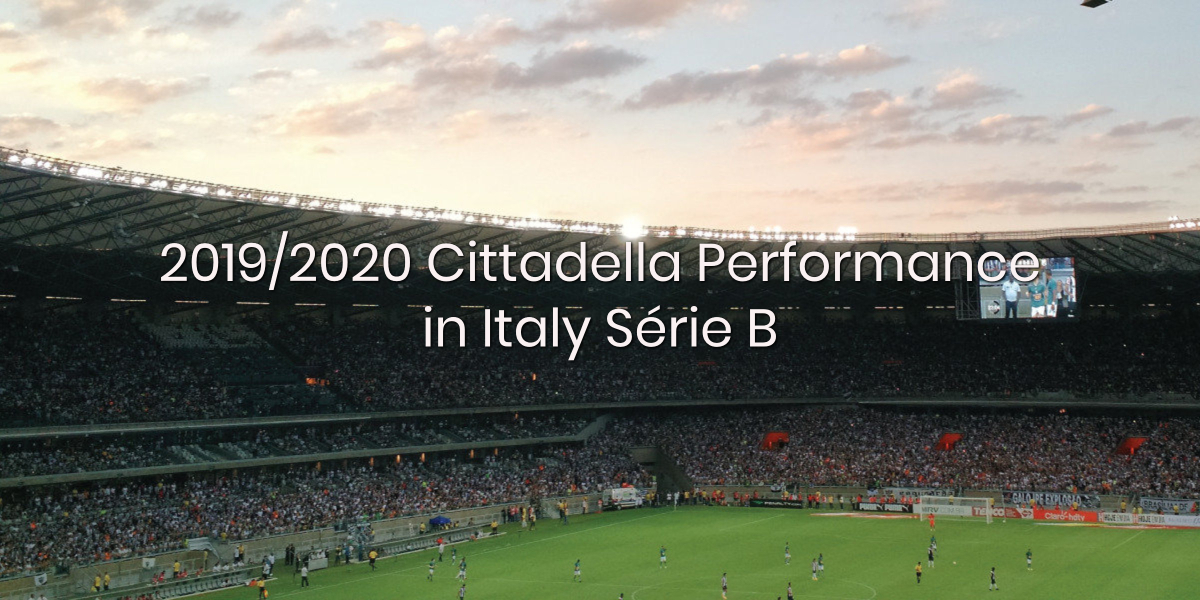 Cittadella Performance in Italy Serie B

The Cittadella team's performance in the 2019/2020 Italian Serie B season has been extraordinary. This deserves that we review its history and analyze what its projection could be this season.

A little of the Cittadella team’s history.

The Cittadella team was established in 1973. It was from the merger of the A.S. Olympiad and U.S. Cittadellense. They played for the loss of their baby years in amateur football. Later, they moved to professional football leagues at Série C1 and Série C2.

They earned their first promotion in 1999 with a win over Brescello in the final playoffs. The promotion got them to the Italian Serie B. Cittadella played for two years in the Serie B before they got relegated after the 2001/02 season.

This team came back to Serie B in 2008 when they won Cremonese in the playoffs. The head coach then was Claudio Foscarini. They escaped the 2008/2009 relegation by a hair’s breathe. Ever since then, they have been playing outstandingly.

Cittadella Performance in Italy Serie B

2019/2020 Cittadella's performance has been outstanding so far. They are currently in fourth place with a total of 22 points. The team has played 14 matches in total and has won 6 of them. Likewise, they have registered four draws and have been defeated four times. This has served them to achieve 1.57 points per game this season.

On the other hand, the team has scored a total of 14 goals and has conceded the same amount of goals.

After an uncertain start to the season with 3 losses in 4 games, this squad has left undefeated in 9 of its last 10 games with a 5-4-1 record. During that period his defense has been his fundamental pillar and the factor that has led him to rise in the standings.

In this sense, the recent Cittadella's form shows an extraordinary average of 0.63 goals conceded during its last 8 matches. The team has left their goal at zero in 50% of their matches. Only the leader, Benevento, surpasses them in this statistic.

The most prominent Cittadella's player this season is the 27-year-old striker of Italian nationality, Davide Diaw. Out of 13 goals played, he has scored 6 goals in total, by participating in an average of 88 minutes per game. In addition, in the Coppa Italia has scored another 2 goals in the 2 games he has played with his team.

Let's dive into some sports betting trends peculiar to Cittadella:

On a general scale, the Cittadella team has been playing well, but there is always room for improvement. Buying some new players and building a solid defense will take them to top-flight leagues. All that is needed is for them to play well and get better performance with time.