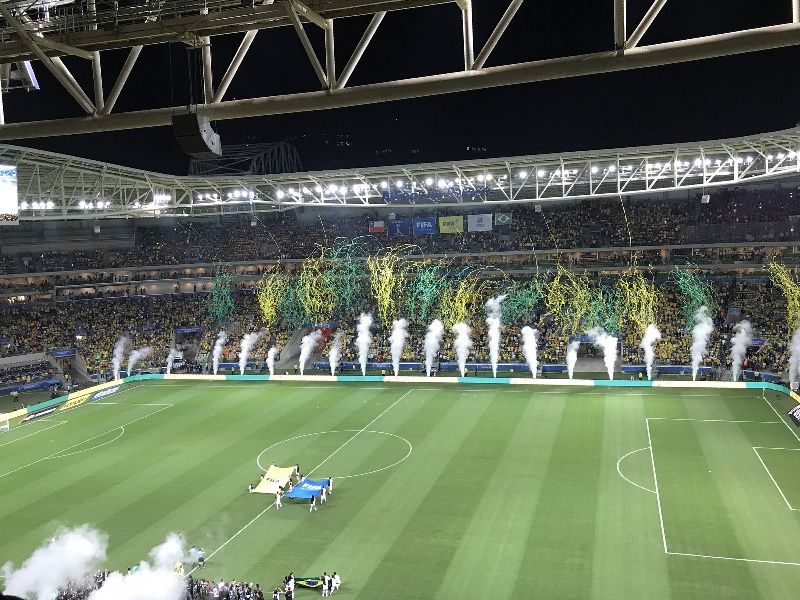 Football legends continue to be born and as we enter the season of 2018 World Cup, let us take a look at some of the little known players from around the world that could make a great impact in this years’ World up.

Back in April as the 2017-2018 football season was coming to an end, Arsenal and CSKA Moscow played together and during the match, the strong free-kick that came flying past Petr Cech during Arsenal’s 4-1 victory over CSKA Moscow was something that caught many fans unawares. The scorer, one Aleksandr Golovin seems destined for greatness. The Russian, who plays as a central midfielder for CSKA Moscow is a genuine game-changer who makes those around him perform better.

This Serbian footballer plays as a midfielder for Lazio and it is rumored that, Manchester United is targeting him for a whooping £80m move from Lazio. He is a very dominant figure in Serie A and his brilliance at club level has enabled him to come across as one of the most respected players in his Country.

Jahanbakhsh has had a blistering season in the Netherlands with AZ Alkmaar where he ended the 2017-18 football season as the top scorer in Eredivisie’ with an impressive 21 goals. The player’s confidence in pace and power has enabled him to finish his games successfully and this may see him move to a top league in the coming seasons.

Sisto, born in Uganda to South Sudanese parents, is Danish footballer who plays as a right winger for Celta Vigo. He is a stylish winger and a dribbler who is fearless in trying new things, also a stylish winger with a taste for the unknown and mystery. At the same time, he's one who is flexible in fitting into a system, too. He ended the 2017-18 with five goals and he is one of the most promising payers to watch.

Previously with the Young Boys, Zakaria moved to Borussia Monchengladbach last summer and he has been ranked as the league’s second-fastest player. The player is a serious contender who will give his team’s competitors a run for their money.

In SoccerTipsters we provide useful articles for you to be success in soccer betting.