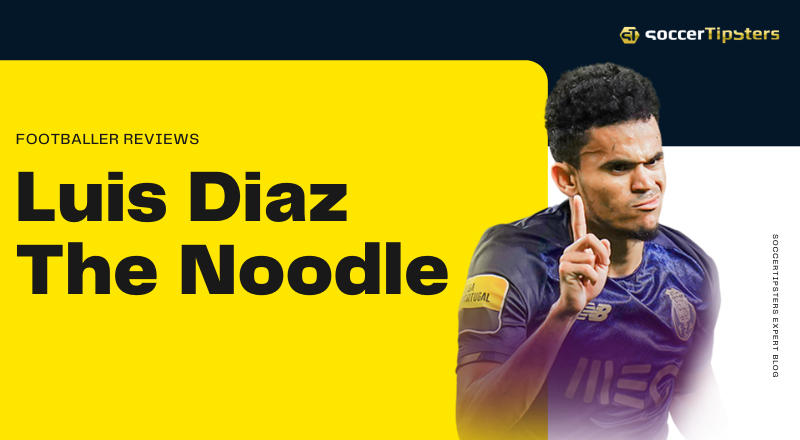 This season Liverpool has displayed a shocking attack, to the point of scoring more goals than any other team in the Premier League. However, this has not been enough to close in on Manchester City, and they remain in second place in the standings, with Chelsea looming from third place. But, Liverpool continues to strengthen its already impeccable offensive line that has the two best scorers in the league; Mohamed Salah (16 goals) and Diogo Jota (10 goals), plus Saido Mané (8 goals). Colombian attacker Luis Diaz now joins this impressive roster to increase the team's offensive voracity.

Dias was in the sights of coach Jürgen Klopp, and they finally managed to sign the player for just over € 40 million. This figure places the former Porto player as the most expensive Colombian on the market. Also, this fact gives him a huge responsibility when he reaches a team known for his sharp offense. Luis Díaz comes from being the leading scorer (along with Lionel Messi) in the Copa América. His performance with Porto was overwhelming. This season, he had scored 14 goals in just 18 matches and was the best striker on his team and in the league. Díaz's track record is totally solid, both with Porto and the Colombian national team. Luis Díaz is a natural goalscorer. Physically, he is a fit player who has perfected some characteristics, thanks to which he is now a Liverpool player.

Luis Diaz is an effective player, very practical and direct. When we say that he is practical, it is because of his playing style. He is clean, fast, and always aiming for the goal. He is not a player with the qualities to stop the opposing team's exits; Diaz's mission is to score goals. And so far, with the teams he has played for, he has fulfilled his mission. First of all, he is an incredibly fast player. But, his quickness is both physical and mental. He can solve and create attacking plays instantly. He moves past opposing defenders with surprising ease when he has the ball. To this, we add the dribbling: Luis Díaz keeps alive the tradition of Colombian soccer in terms of good management in possession and control of the ball. He can go from one side of the field to the other in a matter of seconds. It's very difficult to steal the ball from Diaz, much less when he's running past opponents on his way to goal.

But, the best quality of Luis Díaz is his certainty and ability to define. This is where the Colombian stands out with his powerful short, medium, and long-distance shots. Besides, he naturally knows how to occupy the perfect pitch to generate a play that ends in a goal. When Diaz has an opportunity to score, he doesn't waste it, and his percentage of shots on goal is very high. Now, his great challenge as a new Liverpool player is almost overwhelming. But he has Klopp, perhaps one of the best managers in the world. The career of this 25-year-old is becoming a dream come true for any Colombian player.