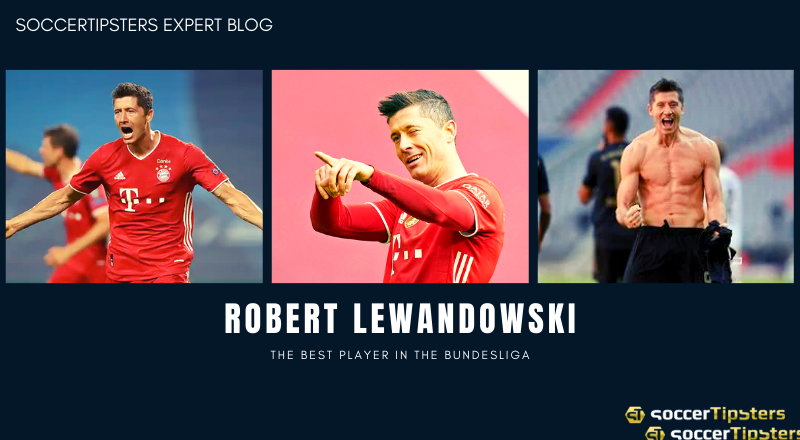 Footballer Reviews
Robert Lewandowski - The Best Player In The Bundesliga

The Origins Of Best Bundesliga Player

Robert Lewandowski began his professional career in his native country. There he played with the Delta Warsaw, Legia Varsovia, Znicz Pruszków, and Lech Poznań teams between the years 2004 and 2010. In Poland, he became the leading scorer in the II League, the I League, as well as the Ekstraklasa. His outstanding performance in Poland sparked interest from the big German clubs. Thus, Borussia Dortmund got his services in 2010, and then in 2014, he would be hired by Bayern Munich. His arrival to one of the most important leagues in Europe and his impressive scoring pace gave his name worldwide fame.

Why Is Robert Lewandowski The German Bundesliga's Bbest Player?

What are the reasons that the Polish player became the "Best Player" in the Bundesliga? We will discuss them below. The 18-yard box is the hunting ground of this "killer." His teammates always know exactly where they can find him. Robert Lewandowski takes care of the rest. In a matter of seconds, this striker controls the ball and then shot. This swift execution makes the Bavarian club's goals almost always inevitable. A player like Robert Lewandowski does not hesitate to shoot to the goal. The statistics support this claim. The Bundesliga's top striker scored 23 first-touch goals last season, including seven from the penalty spot. His intelligence to place himself in the rival area, his power, and his sense of goal make Robert Lewandowski a lethal striker. The Bayern superstar is unpredictable and cold when in front of the rival goalkeeper.

Robert Lewandowski scored 34 goals in 31 2019/20 Bundesliga matches to be the leading scorer. Additionally, he contributed four assists. If we consider all the competitions in which he and his club participated, the Pole totaled 47 games, 55 goals, and ten assists. But, the awards the Polish striker won for his extraordinary 2019/20 season don't end there. He was also declared the UEFA Best Player of the previous season for his decisive contribution to the European Championship reached by Bayern Munich. Recall that Robert Lewandowski scored three goals against Chelsea in the round of 16. Then, he got one more in the historic 8-2 against Barcelona in the quarterfinals and another in the semifinals against Lyon. After looking at his statistics and his achievements, we must conclude that Robert Lewandowski has fully deserved the award for Best Player not only in the Bundesliga but also in Europe.

Advantage Of Betting On Different Sports»