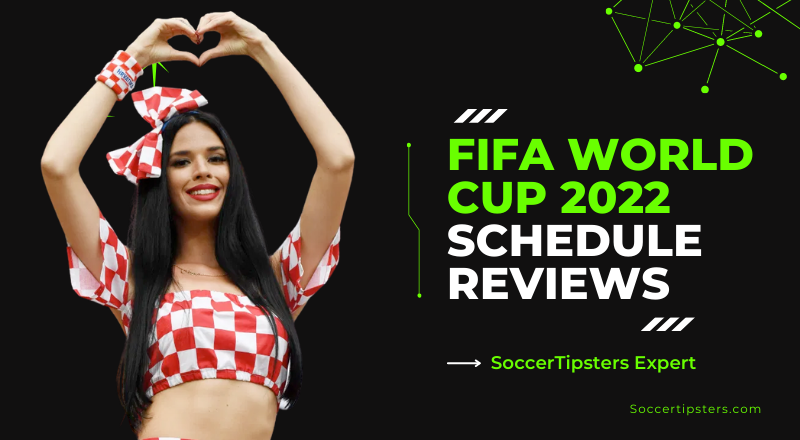 The 22nd FIFA World Cup scheduled from the 21stof November till the 18thof December 2022 will be held in Qatar. This is a world cup of many firsts. An Arab country will be hosting it for the first time. It will also be the first time the host country has never qualified for any of the FIFA finals to date. For the first time, a FIFA World Cup will be held in the winter months of November-December instead of May, June and July. The FIFA World Cup 2022 will see 32 teams participating. This is scheduled to increase to 48 in the forthcoming FIFA world cup to be held in 2026 and hosted by Canada, Mexico and the USA. The current reigning champions are France.

What Is The Schedule Of The 2022 FIFA World Cup?

With Qatar being intensely hot during May, June and July when the World Cup is generally held, the tournament is scheduled to commence on the 21st of November with the finals being held on the 18th of December 2022. This schedule was confirmed by FIFA on the 15th of July 2020. The final draw is slated to take place in April 2022. The opening match will see hosts Qatar take on one of the qualifying teams at the newly constructed Al Bayt Stadium. Four matches are scheduled on each of the days during the first two rounds of the World Cup. This will be followed by two matches on each day during the last round kick-offs and knock-out stages. Khalifa International Stadium will host the match that will decide the third-place winner on the 17th of December 2022. The finals will be held on the 18th of December 2022 at the new Lusial National Stadium or the Lusial Iconic Stadium. The allotment of the stadiums for the group matches would only be decided after specific fixture teams are decided and draw for the group stages are held. The proximity of the venues will enable organisers to distribute and optimise stadium allocation based on spectator allocation and television audience kick-off times. This is another first for the FIFA World Cup 2022. However, the following stadiums have been allocated for the group matches. They are:

The schedule of the group matches will be as per that given below:

What Is The Speciality Of The Venues Of The 2022 World Cup?

Qatar has constructed its stadiums to reflect its culture and history and to incorporate the 4 priorities of comfort, accessibility, sustainability and legacy. All its stadiums are to be environment friendly with Zero Waste. While there was talk of other surrounding nations hosting a few matches, ultimately all the matches of the FIFA World Cup 2022 will be held in 8 premium stadiums of Qatar. The FIFA World Cup will also be an intensely passionate and adrenaline-filled time for soccer-betting enthusiasts. They are also busy aligning with superlative tipsters like soccertipsters.net to increase their chances of winning big. Preparations are already on with the best tipsters appending and updating their database and panel of experts to enhance the accuracy of their predictions. With bookies set to raise the stakes for the World Cup matches, it is going to be a time of intense excitement and breath-taking anticipation.

Robert Lewandowski - The Best Player In The Bundesliga»